Nothing much to report. Today the government published an education bill proposing more selection in secondary schools. Its advisory body on the curriculum published proposals designed to improve the teaching of morality in schools. Yesterday the Secretary of State for Education said on the Today programme that she was in favour of corporal punishment in schools.

She had forgotten that this is now against the law. Within an hour, the prime minister phoned her to say she was out of line, and issued a statement implicitly rebuking her. By the evening, the Secretary of State was reduced to saying that there was a difference of personal view between her and the PM, but that this would not affect government policy.

Last week was boring but generally cheerful at work. Friday was an exquisite bright day in London. They looked like muses of the arts and one of them held on her palm a beautiful and sexy miniature of a female nude — a sculpture held by a sculpture. So many times I have walked or driven over that bridge, unaware of the beauties to be beheld by leaning over the parapet.

An article about Adam appeared in the travel section of The Sunday Times a few weeks ago, written by a man whom he had taught to drive a powerboat. It was funny, and its highlight was the description of an emergency stop which Adam was teaching his pupil to do.

For a moment, the pupil, who was looking away from Adam when he performed the manoeuvre, had no idea where his teacher had disappeared to. Then he had to rescue him, using procedures that Adam had taught him only a few minutes earlier. We intended to look at only two paintings, one each. This week about people perished when two aeroplanes collided in the air near Delhi. The situation in Zaire and Rwanda continues perilous, with thousands of people dying of hunger and disease or at the hands of murderous armed gangs.

But an unexpected event occurred on Friday when the Hutu militia, who had been responsible for the genocide in Rwanda in and who were holding other, non-extremist Hutus hostage in the refugee camps in eastern Zaire, were defeated by rebels from the Zairean army, and fled. The Hutu hostages were able to go home, which they have since been doing in their hundreds of thousands.

So the immense catastrophe which was feared may be avoided. This place used to be a quiet extension sitting room for old guys like me who like peace. It is now a style venue.

There were even bouncers on the door the other night one male, one female, dress identical [black fatigues and an earring]. Labour has won two important rounds in the pre-election jousting. Last weekend, they announced that they would have a referendum on the single currency, if in government they wanted to recommend it to the public.

Major is getting himself into deep difficulties by denying the House of Commons the right to debate the single currency, his own right wing having ambushed a committee where some technical Euro-papers about monetary union were being considered, an act which has raised the level of the argument about the single currency to a stand-off between the executive and the legislature. Labour is delighted, of course, having just got its own policy on the single currency clarified. The great Gaelic poet Sorley Maclean has died. And because there are more of us English, getting the focus is more difficult.

Came over this morning to look at five little programmes about animals, for infants, each featuring an animated story about an animal wren, bull, spider, cat, worm [as in the laidly worm ] and scientific film about the animal in its habitat. All very good. Tuesday was budget day. The most unfair part of it was the announcement of extra expenditure on education, most of which will have to be raised by local councils nearly all Labour controlled through the council tax. I like to see us not being outwitted in the propaganda war on tax like we were last time.

Yesterday evening an Irishman called Ned Price came and repaired some plumbing in our kitchen. I told him I was coming to Dublin today. He said he has a house at Bray, south of the city. He had recently been there, attending to the funeral of his aunt. They stow it in the hold with the baggage.

The part must have cost him more than that. I must write down a story which David James told me the other week, before I forget it. A middle-aged, childless, married couple of limited imagination, who live in the village in Herefordshire where his parents live, went to Blackpool for a second honeymoon. This event caused comment in the village, because the couple had never been anywhere on holiday. They had little money. No-one had any memory of their first honeymoon. People had privately speculated on their sex life, and decided it was likely to be uneventful or even non-existent.

Going to Blackpool for a second honeymoon was a brave if embarrassingly kitsch thing to do. It seemed they were making a dash for something. A few days after their departure, but more than a week before they were expected back, they returned to the village in a taxi from Hereford station, she with a broken leg in plaster from ankle to thigh.

They had taken their reserved room in Blackpool. It was modestly comfortable, with a double bed but no bathroom. 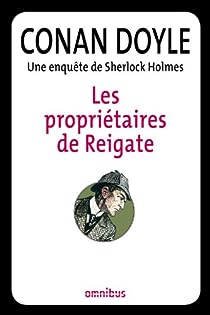 The two bathrooms which the residents shared were down the corridor. On their first evening there, before dinner, the husband went to take a bath. A few minutes later, the wife followed him in her dressing gown, thinking perhaps that they might take the bath together. She opened the bathroom door, and saw the naked man she took to be her husband leaning over the bath testing the temperature of the water with his hand. While descending the stairs at too great a speed, she lost her footing, fell, and broke her leg. He quickly dried himself and dressed, by which time the ambulance had arrived to take her and him to the hospital.

He slept alone in the boarding house for two or three nights while she remained in the hospital.

When she was able to travel, they went straight from the hospital to Blackpool station, he having checked out of the boarding house first, to spare her the embarrassment of returning there. In Basel, staying at the Hilton Hotel, writing this at a comfortable desk in my room on the seventh floor, and looking straight out of the window over the city. The afternoon is heavily overcast, without wind, and the temperature about zero. I arrived this morning from London for an education conference of the European Broadcasting Union.